A portrait of a Czech artist in exile

The purpose of this article is to introduce a Czech post-modernist composer, pianist and organist Aleš Jermář to our readers and bring his work to the attention of music institutions such as, for example, the library of the Academy of Musical Arts in Prague, which would be interested in obtaining the collection of his music for their archives.

Aleš Jermář graduated from Prague Conservatory and Academy of Musical Arts (AMU). Afterwards, between 1955 and 1964, he worked as a staff composer and musical director in Czechoslovak film and television. He collaborated with the finest artists and directors creating music for children’s programs, short films, concerts, television and theatre productions and radio broadcasts. He also accompanied live broadcasts of a popular television program Zvĕdavá kamera (Curious camera) with his improvisations. His music and some of the short films he teamed up on were awarded prestigious prizes in the international film festivals in Cannes, Leipzig, Munich, Mexico City, Venice and Oberhausen. Among these films are Fantasie pro levou ruku a lidské svĕdomí (Fantasy for left hand human conscience), Balet koní (Ballet of horses), Kolik synů máme (How many sons we have), Život Bohdana Kopeckého (The life of Bohdan Kopecký) directed by Jaroslav Šikl, Dům času a slov (The house of time and words) and Vzdálenost od středu (The distance from the center) directed by Bohumil Sobotka, Vajíčko (A little egg) and Objevy na hradĕ (Discoveries in the castle) directed by Zdenĕk Kopáč, and a Slovak film Slnovrat (The solstice) directed by Evžen Šimko.

A dynamic and dazzling performer, Aleš was praised for his power, interpretative brilliance, purity of style, instrumental virtuosity, and unbelievable improvisational skills. As an organist, he concertized with major orchestras and as a solo artist in many European countries, Canada and the USA. He had an immense repertoire, and, in addition, he could improvise in any style from any period; during his performances he often improvised on four or more random tones taken from the audience. As a composer, Aleš favored a strong melody line and stressed melodiousness and creativity. Already as a young boy, before he knew anything about improvisation, he enjoyed “dreaming” at the piano and already felt that he wanted to become a performing artist and composer. Most of his compositions were in fact spontaneously improvised and, once finalized, he was able to keep them in memory and play them during his performances. He would notate his music only when he intended it to be performed by other musicians.

Aleš’s father, Vítĕzslav Jermář, also a musician and a dedicated patriot, owned a pharmaceutical factory in Prague, which was nationalized and incorporated into the state owned firm Spofa after February 1948. During the war, he would often send his son on a bicycle to deliver information to members of the anti-fascist resistance movement with these words: “Go, you are only a child, they will not suspect you!” During the time of communist regime, Aleš was called several times for interrogation by the StB (Czechoslovak secret police) to the station at Bartolomĕjská street in Prague due to his critical stance towards the politics of the Communist Party. He was a brave and honest man, who was not afraid to speak his mind. Therefore, he was told that if he did not want to end up in prison, he’d better leave the country, which he finally managed in 1964.

To leave his country for the unknown was not an easy decision. It meant leaving behind his home, his family and friends as well as a successful career. Many people in the Czech Republic have assumed that those who left their homeland at that time found a better life abroad and cannot forgive them to this day. But the opposite is true; especially for artists, who lost the safety of their cultural background, who began to address people in foreign surroundings, and who needed understanding from their audiences. Only a few, after undergoing great hardships, reached the lifestyle and status, which they willingly or unwillingly had left behind. Let’s take, for example, the fates of Jiří Voskovec. Jan Werich and Jaroslav Ježek, members of the well-known Osvobozené divadlo (Osvobozené theatre). During their stay in the USA, they immersed themselves in intense study of English language, translated their most successful plays into English and made attempts to stage their plays on Broadway. But they did not succeed. The American audience did not understand their work and the trio was forced to perform only for fellow countrymen. Jan Werich returned home at the end of the war, Jaroslav Ježek, who never came to terms with his emigration even though it was intended to be only temporary, sadly died in the USA before he could return home. Only Jiří Voskovec decided to stay in the USA and managed to find work as an actor, but never reached the same degree of appreciation and fame as he enjoyed in the former Czechoslovakia. Just a few exceptions attained the international recognition, such as the film director Miloš Forman, writer Milan Kundera and bass players Miroslav Vitouš (Weather Report), George Mráz (Oscar Peterson) and Ivan Král (Pattie Smith).

Even though Aleš did not lack talent, he did not have the right connections and never managed to attain the same level of opportunities he enjoyed while living in Czechoslovakia. After some time spent in New York City, he settled in New London, Connecticut. He created a new home and made new friends. He kept in touch with his good friends in Prague and attentively watched events in his home country from across the ocean. He continued to compose music, concertized from time to time and taught a few selected piano students. He introduced them to Janáček and Martinů, to Czech films and to delicious Czech food.

I have also enjoyed Aleš and his wife Holly’s hospitality in a delightful atmosphere of their home. I met them in 1982 through our common acquaintance Evžen Drmola, a Czech dramaturge, who lived in Boston. I was a student at the Berklee College of Music, a renowned jazz conservatory in Boston, and Aleš and I had a lot in common. Not only we were countrymen, but we also became good friends. During my frequent visits at their home, I had an opportunity to listen to and discuss with him his latest compositions, get a glimpse into his creative process, admire his collection of Czech art that included paintings of Antonín Slavíček and Ivan Dobroruka as well as of traditional Czech marionettes complete with Mánička, that many of us remember from the children’s television programs of Spejbl and Hurvínek.

Aleš’s music is full of love of nature and people. When he discovered synthesizers in the early eighties, he embraced them instantly. They offered him a wide spectrum of sounds, which inspired him to create new music. He combined his knowledge of Gregorian Chant and the twentieth century classical music with his keen interest in new sounds and in contemporary musical styles. In it, we can hear orchestral instruments, women’s and men’s voices, church bells, harps, Spanish guitars and sounds of nature including authentic voices of whales, wolves and loons. But most of all Aleš’s music tells stories: the story of disappearance of the legendary Atlantis, which is relevant to us even today as our world faces dangers of wars and environmental destruction, or the story of a soldier’s helmet full of clay. His composition Fantasy for Left Hand and Human Conscience (Fantasie pro levou ruku a lidské svĕdomí) continues to carry a powerful anti-war message, and his composition Stella Maris is a dialog between organ music and whales; the organ music perfectly matches pitches of whales’ voices in a minor key, the recording of which is played during performances, and accompanies their lonely and mesmerizing conversation across the ocean waters.

The collection of Aleš’s music contains live recordings of some of his concerts, studio recordings of some of his compositions and improvisations, interviews with Aleš talking about his creative process, historical interview with a Czech piano virtuoso Otakar Hollmann, a student of Vítĕzslav Novák, who lost his right hand in the WWI and for whom Aleš wrote his Fantasy for Left Hand and Human Conscience (Fantasie pro levou ruku a lidské svĕdomí), the 1960 documentary film of the same name directed by Pavel Hobl, newspaper clippings, programs from Aleš’s concerts and some scores. Additional music, not included in the collection, may exist in the Czech film and television archives.

Quite a bit has changed in the Czech Republic since the 1960’s of the previous century. Today, we can travel freely, and no one has to leave the country because of the fear of persecution. Aleš’s life and career were forcibly interrupted. Yet, he remained himself and never lost his Czech spirit and his Czech sense of humor. I hope that his beautiful music can, after many years abroad, return to the country where it rightly belongs and become a part of the Czech cultural heritage in order to provide enjoyment and inspiration to future generations of music lovers. The musical legacy of Aleš Jermář is currently in possession of Holly Jermář and I am the curator of the collection. If you are interested in obtaining the collection for your archives, please, contact me via e-mail at kurfirt@fas.harvard.edu 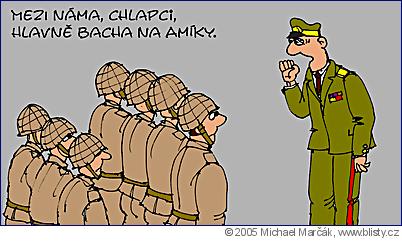