Tomio Okamura is a Czech Member of Parliament, whose party Dawn of Direct Democracy obtained 6,88 per cent of the popular vote in the Czech general election in 2013 and holds 14 of the 200 seats in the Czech Parliament. He has now renamed his party "Freedom and Direct Democracy" and has been making strongly anti-refugee statements in the hope of turning this into substantial electoral support. The video, whose English translation we feature below, has been watched by more than a million viewers, which is more than 10 per cent of the population of the Czech Republic.

"I visited detention centres for illegal immigrants, the police told me they would rob me and give me infections diseases. It is outrageous that this government is spending millions on these people."

"The head of the detention centre told me that the illegal immigrants "may be spreading infections diseases. Some have now been released. They could be anywhere. are

The illegal immigrants have satellite TV, and a gym at our citizen's expense."

"I was surprised that the illegal immigrants can chose from three meals. Meal B is muslim food and all of them bar one choose muslim food. Hence it is crystal clear that we are witnessing a total invasion of muslims and supporters of islam into Europe, uninvited intruders from an enemy culture whose aim it is to destroy our democratic system and our freedoms."

Czech member of parliament Tomio Okamura, founder of the "Dawn of Direct Democracy", which won 6,88 per cent of the vote in the 2013 Czech general election and holds 14 seats in the 200-seat Czech parliament, has been consistently whipping up hatred against refugees in his political statements. In the past few days, Okamura visited the Czech immigration detention centre in Vyšní Lhoty, where the Czech government nonsensically imprisons refugees which it has arrested on its territory, who want to go to Germany. On his facebook page, he has just published an alarmist video, whipping up anti-refugee fear and hatred in the Czech population. The video has been seen by more than 900 000 individuals, i.e. more than 9 per cent of the Czech population. IT has received 18,477 likes.

Here is the transcript in English:

I welcome you on my [Facebook] pages. Today, I have absolutely shocking information for you regarding the illegal immigrants in the Czech Republic which has not been heard anywhere else before. Please watch this video until the very end. And if you agree with me, share this video with all your friends. Copy this information into your emails and send it around, so that our citizens know about the real state of things.

You see, this week I have visited the illegal immigrants detention centre in Vyšní Lhoty near the town of Frýdek-Místek. And the camp management told me that I was the first politician ever who has dared to go properly inside, amongst the illegal immigrants, of whom, on that very spot, two hundred surrounded me. The distance between them and me was just a few centimetres. I was separated from them by several policemen, for which I am eternally grateful to them. Because the policemen had warned me in advance that I am in danger of being violently attacked, of being robbed, and of contracting infectious diseases.

Yes, you can hear well. The police had warned me that if the immigrants attack me, they will not be able to defend me. Before going in, I even had to sign a declaration saying that I was going in at my own risk.

So I ask: Where are the peace-loving immigrants whose lives are threatened, as our government, the social democrats, the ANO movement and the christian democrats, are constantly lying to us, in tandem with the media and various people like the priest Tomáš Halík and the former foreign Secretary Schwarzenberg, and the employees of various so called non-profit-making organisations which parasitically abuse our public finances.

I must confess that I did not think about my personal courage. I wanted to see with my own eyes what concretely this government, the social democrats, the ANO movement and the christian democrats spends several billion Czech crowns to support the immigrants, at the expense of our needy citizens.

But back to my visit. Unfortunately, my worst fears were confirmed. We must say immediately "Enough is enough! Stop it now!!" both to this Czech government and to the European union.

The management of the camp told me that it is quite common that immigrants suffer from infections diseases and that it is possible to be infected. I was also told that on the basis of the so-called Dublin Protocols, signed also by the Czech Republic, after the expiry of the detention period of 42 days, almost TEN of the 199 illegal immigrants detained there have been released from the detention centre completely into freedom, freely into our territory, over the past three weeks. Where they are now, no one knows.

There are in fact only young men from Africa and from the Arab countries in the camp. They are all muslim. Where, then, are those Christian refugees about which our government is speaking? Nowhere.

The illegal immigrants have in their dormitories, satellite television and a gym paid by our state, and now also a room for the pursuit of various hobbies. According to the camp management, the immigrants are violent to each other. They fight and argue. The police needs to intercede.

The following piece of information will illustrate eloquently what enormous sums of money this policy, pursued by the Czech government and the European Union, costs us.

The detention centre holds now 199 illegal immigrants and it employs 146 Czech employees. So it is almost 1 employee per immigrant. Imagine how much it will cost the Treasury, and the Czech state budget is in debt deep enough, when there are thousands and thousands of immigrants in the Czech Republic. And imagine the huge crime wave.

I was also very much surprised that these illegal immigrants are free to choose one of three different meals for breakfast, lunch or dinner. Meal A is a normal meal. Meal B is a muslim meal. Meal C is vegetarian. Guess which meal they choose! All but one of them eat Meal B, i.e. the muslim meal! Only one of them eats a vegetarian meal.

It is therefore crystal clear that we are witnessing a total invasion of muslims and supporters of islam into Europe, i.e. uninvited intruders from an enemy culture whose aim it is to destroy our democratic system and our freedoms.

In the barracks where the immigrants live, which I personally visited, they do not tidy the premises themselves. The place is tidied by cleaners, paid by the state. And when I said what they think of the immigrants hygienic habits, they responded in a single word: "Terrifying!"

And what is the solution of the current problem?

It is important that the EU countries should abolish the magnanimous social policies supporting the illegal immigrants. This is their main attraction. And our government is not doing anything about this. It is also important that the United States of America should immediately cease their imperialist policies which destroy the countries in the Middle East. Again, the Czech government is not doing anything, is not developing any pressure and is actually supporting the US policies in this respect.

Finally, I would like to thank the camp management, and the police commander who in this difficult situation work as true professionals. I thank them and support them. Their work is in our interest. I would also like to thank my two colleagues, the MPs of our party, Radim Fiala and Jarda Holík who have supported me. We are an excellent team.

What do you think about this matter? Express your views on my facebook page." 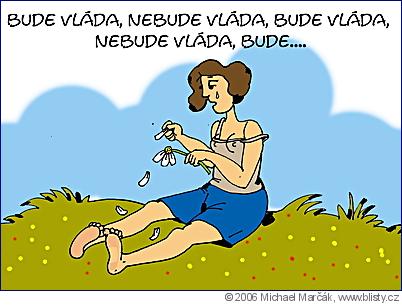