Former Czech President Václav Klaus writes in the German newspaper Die Welt that immigrants will never accept European norms of behaviour and that by inviting them, the German President Joachim Gauck and the German Chancellor Angela Merkel are destabilising Europe.

"The social sciences teach us that the internal cohesion of the community is essential to the smooth and productive functioning and the necessary stability of any society," says Klaus and continues: "Today's debate on immigration ignores these elementary facts. The multiculturalist ideologues believe that it is possible to ´replenish´ the countries of Europe with immigrants without any problems. It is a deliberate purpose of such a "welcoming policy" to destroy the cohesion of the existing European societies and to create a new multiculturalist Europe. But it is a myth to believe that mass immigration will have a positive impact for Europe.: Germany's experience with immigrants to date confirms this. Each person acquires his basic patterns of behavior in his youth and it will not be possible to re-educate the immigrants to make them accept European values.

The current immigration wave has been caused by irresponsible German politicians, such as Merkel and Gauck, who have extended a welcoming hand to the immigrants and created a false hope for them that it will be possible for them to live in Europe.

The implicit racism of this article is remarkable. 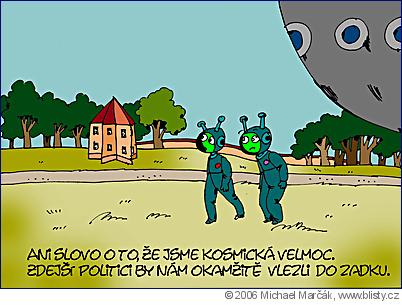