Czech commentator: Volkswagen has been brought to its knees by green lunatics

If green lunatics (ie. environmental activists) did not exist, most car users would not give a damn about their car emissions. If the green idiots did not exist, the International Council for Clean Transportation would not have been given a stick to beat Volkswagen with. Without the naive, obsessed green activists who cycle to work but fly to international global warming congresses about eight times a month, thus producing more emissions than the owner of a two-litre Volkswagen transporter produces in a year, the world would still suffer from global warming but we would have more fun with our cars. Without the green cleverdicks we would not choke with rape seed allergy in the summer, Volkswagen would not be motivated to cheat and we would not have to be afraid now that the hysterical forecasts about the slowing down of the German and hence also the Czech economy might not be hysterical, but real, says commentator Markéta Šichtařová in the Czech left-wing journal Literární noviny. 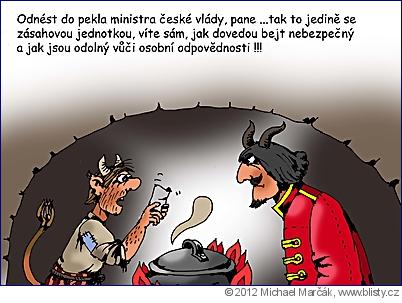