"The conditions in the Czech refugee detention centres are inhumane and degrading," said Martin Rozumek, the director of the Czech Organisation to Help Refugees in an interview for Swiss radio and television (SRF). "There are not enough toilets. The refugees do not even know why they are being imprisoned. The only reason for their detention is that the Czech government is trying to deter other refugees from coming to the Czech Republic."

"Czech police hunts Syrian, Iraqi and Pakistani refugees who are trying to cross the Czech Republic in an attempt to reach the West. These refugees are then placed in detention centres, including minors without the accompaniment of adults. There is only one reason for this: to deter other refugees from entering the Czech Republic. Thus the Czech government is trying to avoid its responsibility and to deflect the refugee burden to other countries."

The volunteers working for Rozumek's organisation have seen barefoot, insufficiently dressed and hungry children in the Czech detention centres.

"The hygienic conditions are very bad. About 70 per cent of men sleep on mats in a gymnasium. There is an extremely limited number of toilets and the refugees are not allowed to go to the toilet without being accompanied by a prison guard. There are cases of salmonella. These conditions infringe Article 3 of the European Human Rights Convention, which bans torture and degrading and inhumane treatment," said Rozumek.

Rozumek also confirmed to Swiss Radio and TV that the Czech police forces refugees to strip naked. "This is true. They are forced to strip naked. According to Czech law, the detained refugees must pay for their detention, so the Czech police, embarrassingly, conducts body searches in order to confiscate the cash that the refugees have on them. This is inhumane and degrading," said Rozumek. In his view, nothing will change as long as the Czech Home Secretary Milan Chovanec remains in his post. 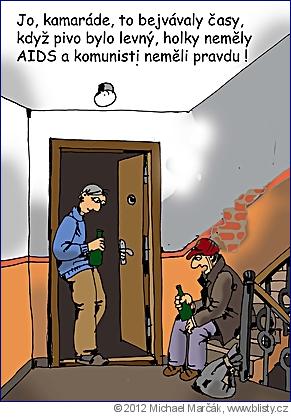