Move an Afghani family out of your detention centre, ordered the European Court for Human Rights

The European Court for Human Rights has ordered the Czech authorities to move an Afghani family which is currently being detained in the Bělá-Jezová detention centre to another institution which does not infringe human rights. The family must be moved to a facility which does not infringe Article 3 of the European Human Rights Convention. Article 3 bans torture, degrading and inhuman treatment or punishment. The Czech government has two weeks to provide all documents and information regarding the conditions in Bělá-Jezová while the Afghani family was held there, including information about the number of detained persons, hygienic conditions and the conditions for children.

The Czech government says that the Afghani family will be released and deported because the reasons for their detention have "passed". The decision to deport the family is apparently unconnected with the verdict of the European Court for Human Rights. The family has three children, aged 5, 6 and 16 years of age. One of the sons suffers from epilepsy and he was not given appropriate medical care in Bělá-Jezová. The family escaped from a region in Afghanistan which is under the control of the Taliban. The family tried to reach Germany, but it was arrested by the Czech police and detained in order to be deported back to Afghanistan.

Martin Rozumek, an activist from the Prague-based Organisation for helping refugees said that it would be bad for the family if it were to be deported to Afghanistan. Unlike other European countries, the Czech Republic deports Afghani citizens, but does not transfer them anywhere. "If they were deported to Austria, it would not be a tragedy," said Rozumek. 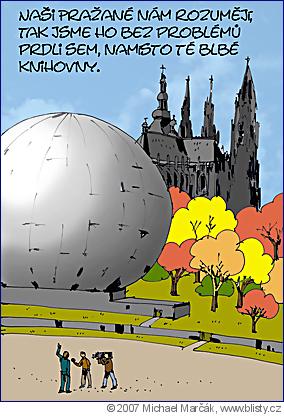