Several hundred Czech extreme right wingers demonstrated against refugees in Prague in front of the head office of the ruling Social Democratic Party and they have also blocked Czech border crossings.

Demonstrators from the extreme right wing groupings National Democracy and Dawn - National Coalition chanted slogans such as "Nothing but the nation!" "We do not want multiculturalism!".

Their banners said, "If islam conquers Europe, it will be due to our weakness!", "Merkel - the new Reichsprotektor!", "The EU runs a Protectorate of Bohemia and Moravia!", "Sobotka [Czech Prime Minister], 95 per cent citizens do not want islam here. Who are you serving? Brussels, the USA, the Arabs, Angela and multiculturalism?", "Sobotka, repeat after me: The Czech Citizens, the Czech Families, the Czech Lands and their traditions are above all else!" 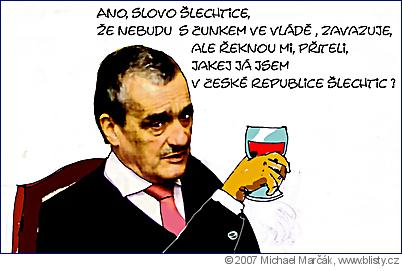