"As the highest constitutional representatives of the Czech Republic we wish to emphasise that our country fully respects the sovereignty and territorial integrity of the Chinese People's Republic, of which Tibet is a part. The personal activity of some Czech politicians are not due to a change in the official policy of the Czech Republic [towards China] and we would regard as unfortunate if they were seen as such by anyone."

The statement is a reaction to an unofficial visit of the Dalai Lama in the Czech Republic. The Dalai Lama is attending the "Forum 2000" conference in Prague and he was received by the Czech Culture Minister Daniel Herman.

The Czech President Miloš Zeman is trying to develop close economic links with China. During a recent visit to Peking, Zeman pointed out that he "has not come to lecture China about human rights".

The above mentioned Czech Social Democratic politicians have evidently published their sycophantic pro-Chinese statement in order to protect Chinese investments in the Czech Republic. According to President Zeman, China will invest about 3,8 billion dollars in the Czech Republic this year.

For some people in the Czech Republic, the Dalai Lama has become a symbol of the late Czech President Václav Havel and his values, which are now being highly idealised by these Havel supporters. The sycophantic pro-Chinese letter, issued by the leading Czech social democratic politicians has produced howls of protest from them. In protest against the statement, 50 members of Czech Parliament from right of centre political parties have met with the Dalai Lama on Wednesday morning.

The letter may mean that the Czech Social Democratic Party, which suffered a defeat in the regional and Senate elections earlier this month, may be trying to align itself with the pro-Chinese and pro-Russian President Miloš Zeman in order to improve its political standing. However, those politicians who openly expressed pro-Zeman and anti-refugee attitudes in the election campaign, have actually failed to win their seats.

Censorship in the name of Václav Havel?

When in 1997 Václav Havel founded FORUM 2000 with Elie Wiesel, it was a daring, forward-looking initiative. In 2016, FORUM 2000 still exists and still claims to be ‘a global platform for discussion on the perspectives and challenges of democrac... 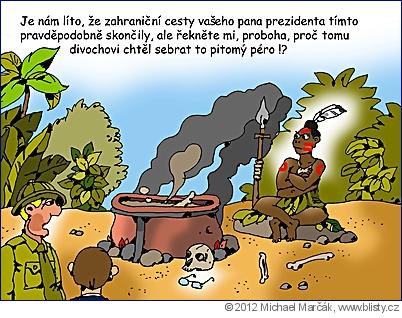