Czech Republic: As if the American government advertised on Breitbart News...

The Czech Trade and Industry Ministry, headed by Jan Mládek from the Social Democratic Party, has paid 165 000 crowns (6500 US dollars) to advertise on the widely read, extreme right wing website Parlamentní listy. This sum of money will pay for ten PR articles and three interviews with top ministry officials and several PR photographs.

Media specialists warn that Parlamentní listy, a website which is very similar to the American website Breitbart News, uses methods which are in direct contradiction with the rules of journalism. "The authors use emotional language and manipulative techniques and every fifth published article expresses negative emotions," says Petra Vejvodová, an expert on propaganda from Masaryk University in Brno.

The Czech Social Democratic party seems to have a strange affinity to Parlamentní listy. In 2014-2016, the office of Michal Hašek, the then governor of the South Moravian region, paid 650 000 Czech crowns (25600 USD] for advertising on Parlamentní listy.

Parlamentní listy is a hugely popular Czech website, owned by Ivo Valenta, member of the Upper House of Czech Parliament and a gambling oligarch. It has been in the forefront of disseminating racist, anti-refugee and anti-Muslim fake news. The website is extremely influential and is daily followed by hundreds of thousands of readers. Its business model seems to be based on disseminating alarmist news and racist material and provoking fear in the Czech public. The website is also pro-Russian and anti-EU.

The name of the website “The Parliamentary Newsletter” is a misnomer – the publication has nothing to do with Czech Parliament. Nevertheless, Czech politicians frequently give interviews to the website because of its large readership, thus legitimizing it. The website is accessed more than 600 000 readers per month, i.e. 6 percent of the Czech population. Many of the articles published on Parlamentní listy are probably criminal offences of slandering a race, an ethnic group or a religion and inciting hatred against ethnic and religious minorities, which according to Articles 355 and 356 of the Czech Criminal Code are punishable by three year’s imprisonment, if these offences are committed in the media. But the Czech authorities do not prosecute.

Here is a selection of headlines from Parlamentní listy:

– Alláhu Akbar! They yelled when they were shooting people in the Quebec mosque. We can see now who it was that committed the attack in Canada

– Sociologist Petr Hampl: We have the right to deal with the refugees as though they were aggressors. The traitors of the Czech nation are helping them to exterminate us like the whites have exterminated the Red Indians. The Czech Human Rights Ombudsman, she is the real Neo-Nazi

– This is death. There will be bloody tragedies. Hatred of the Czechs, monstrous behaviour, treachery, suicide, collaborators, chaos – We will not feed any Muslims. Everything in this country has been stolen, everything is owned by foreigners, says a general and a war hero

– There is a danger that the Islamists will repeat Lenin’s 1917 revolution!

– Zhirinovsky: I support Trump. Close the borders! Hundreds of millions of Africans are on their way here. Hooligans, criminals

Why is the Czech Republic so hostile to muslims and refugees?

A new departure: Czech Breitbart-like website whips up hatred against a courageous journalist 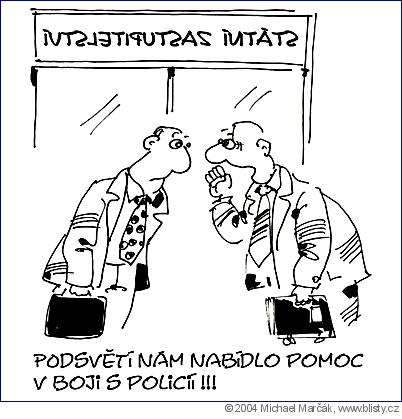