A celebration of the longitudinal approach to documentary film should be welcomed at the Czech Republic’s most important documentary festival. The practice of filming a subject or subjects over a number of years is a notoriously difficult one to pull off, with considerations regarding funding, continued participation and momentum all requiring the consideration of a director. For Helena Třeštíková, a pioneer in Czech časosběrný film, this is a well-trodden path. The next installment of her Manželské etudy cycle, which began by following six young married couples during the normalisation period, now enters its fourth decade - and third installment - in Po 35 letech. What is particularly pleasing about all six films premiered this week in Jihlava is that there are preceeded by the first two cycles, allowing festivalgoers to watch the entireity of the project to this point. This will be supplemented on Thursday by a special event highlighting longitudinal documentaries around the world.


Over the course of thirty-five years, the story of construction workers Zuzana and Vladimír develops into a cycle where the narrative and representation of Vladimír emerges the strongest; having retrained as a photographer with a moderate amount of success by shooting models for Playboy magazine in the 1990s. This has been further concentrated through long periods of non-participation by Zuzana, and the couple’s divorce during the Po 20 letech cycle. The family home, a deliberate space of filming by Třeštíková in the 1980s due to the domination of KSČ narratives in the public sphere, disappears entirely in the following documentary as Vladimír subsumes himself entirely in his career. This continues in Po 35 letech, with Vladimír continuing to focus on his work (photography exhibitions in various spaces, a book of his experiences shooting for Playboy which never makes it to print), and the continuation of Zuzana as a lesser subject within the documentary. For the first time, this refusal of filming by Zuzana is expressed through email, with the director’s request and her subsequent reply appearing as intertitles. This is testament to the evolving nature of Třeštíková’s filmmaking over time, where approaches to her interviews and editing change depending on the emerging events which unfold in front of the camera. What is particularly interesting about Zuzana a Vladimír po 35 letech is the coming together of Vladimír and other cycle protagonists at the screening of Strnadovi (based upon fellow Etudy subjects Ivana and Václav) earlier this year. Up until this point, the lives of the six couples – at least on screen – have never overlapped, and this signifies the first meeting between protagonists. The director, who wishes to continue her observations of these families, has created something rather interesting here: will subsequent Etudy documentaries, or standalone films, feature the subjects interacting?

Another factor to look out for in Třeštíková’s filmmaking is the question of fulfilment. It is clear that her work during the normalisation period is subversive, and argues that the regime is unable to provide for the economic or social needs of the young couples she represents. However, has anything changed after the fall of state socialism, the transition to a market economy, and the further integration of the Czech Republic into Europe? It is true that Vladimír is able to escape the monotony of his building job through his photography, which only becomes (to an extent) financially fulfilling upon a number of successful shoots and a six-year relocation to New York City. However, this success is never seen first-hand in Zuzana a Vladimír, replaced instead by an instability where he is unable to obtain a permanent address (sleeping in the different flats of his three daughters) and reliving earlier traumas of a breakdown in the relationship with his mother, a fact only revealed in this current episode. That this is contrasted with the happiness of Zuzana in a new relationship makes for an interesting narrative which posits if true fulfilment is ever dependent on the economic or political system which the subjects live under. It is, however, a pity that Zuzana and Vladimír’s now adult children do not feature more in Po 35 letech. As opposed to other films within the cycle there has been limited scope for them to be featured, given the refusals to appear on camera to the same extent as their father; in contrast to Ivana a Pavel or Mirka a Antonín which regularly observed whether the lives of this new generation mirrored that of their parents. This is no fault of the director, who should not be trying to coerce subjects to feature further against their wishes, but would offer a curious point of comparison.

Manželské etudy’s continuation to a third instalment is to the benefit of both veterans of the cycle and of newer viewers who did not experience normalisation or the post-communist transition first-hand (this cycle is the first where grandchildren emerge). As the protagonists of the documentaries age, and new subjects continue to be introduced, the same can be said of the audience – allowing for some interesting observations in how the viewer interprets what appears on screen. Regardless of when you discover Manželské etudy, Helena Třeštíková continues with her fascinating portraits of ‘ordinary’ Czech citizens and shows how the longitudinal approach to filmmaking can reap rich rewards. 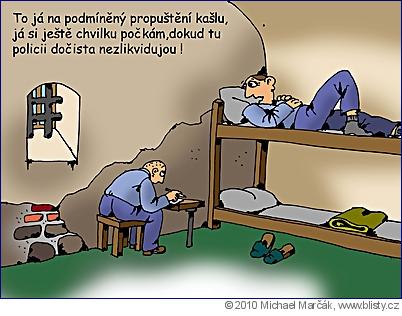