Lucie Šafránková, an SPD Member of Parliament, who has disseminated the lie that "refugees" committed an assault in Brno before Christmas
Three men aged 24, 30 and 31 attacked two other individuals with knives in the small hours of Saturday,  23rd December 2017, in Brno. Czech Police spokesperson Andrea Cejnková said that the people who had  committed the assault have been living in the Czech Republic for a number of years and they speak Czech. One of the victims was also a foreigner, an Armenian.
Yet a  "testimony"  was published on Facebook by a racist, Brno-based organisation calling itself "Slušní lidé (Decent People) asserting that "Czechs" had been assaulted by "refugees". This fake news testimony has been seen by more than 385 000 people on Facebook. Czech government authorities have been forced to issue a disclaimer saying that the assertions are false. In spite of this, Facebook has expressly refused to remove this video. Nor has it removed the racist Facebook page run by the "Slušní lidé" (Decent People) organisation, in spite of the fact that it includes openly racist comments. These, apparently "do not infringe our community standards", said Facebook.

Czech extreme right wing widely disseminated the lie about the "assault by refugees "  on social networks. They asserted that the assault had been committed by "refugees from a refugee facility located in the Czech town of Kostelec".

"We have to strongly protest against the assertions that the attackers were refugees," said Jan Piroch, the spokesperson of the Czech Management of Refugee Facilities, which are run by the Czech Interior Ministry.
The lie about an attack committed by "refugees" has been given considerable credence because it has been disseminated by  Lucie Šafránková, a  Member of Parliament from the extreme right-wing SPD political party, In the past, Šafránková disseminated fake news about "microwave ovens that kill" and about "refugees who have escaped from a bus and disappeared into the forest" in the Czech Republic, implying that a "refugee menace" is everywhere.

When confronted with the fact that her statement about "refugees assaulting people" in Brno was a lie, Šafránková erased it from Facebook, but refused to comment. The SPD political party refuses to give interviews to journalists with whose views it disagrees.
Source in Czech HERE
The views of Tomio Okamura, the SPD party leader (English subtitles):
Extremismus | Česká republika
0
Vytisknout
6846 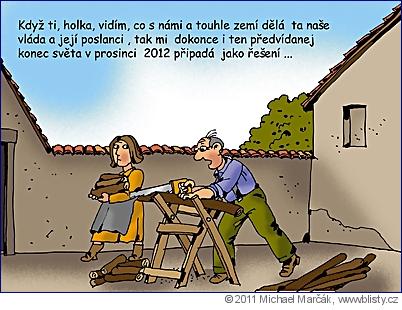