From Okamura's press release:
Dear journalists,
the Movement Freedom and Direct Democracy (SPD) wishes to congratulate the President of the Czech Republic Miloš Zeman on his victory in the second round of the presidential election.
The SPD Movement has been openly supporting President Zeman's re-election. The re-election of President Zeman is a choice made in the defence of the sovereignty of the Czech Republic and a choice made in the interest of direct democracy.
We wish President Zeman much success in his work for our Republic and firm health. The SPD Movement is ready to cooperate constructively with the President for the benefit of the citizens of our country.
Tomio Okamura is the leader of the most extreme political party which is currently represented in the Czech Parliament. His SPD party  won 22 seats in the 200-seat Czech parliament in the Czech general election which took place in October 2017.  Okamura  is well known for calling for the banning of Islam and 'external manifestations of Islam.' The SPD's parliamentary party secretary has called for the gassing of Jews, gays and Roma.

After the Czech Presidential election on Saturday, Zeman and Okamura agreed to address each other on first name terms.
See also:
Five US Congressmen will meet the leader of a Czech party whose secretary has called for the gassing of Jews, gays and Roma

Tomio Okamura, the leader of the extreme right wing SPD was elected a Deputy Head of the lower chamber of Czech Parliament on Friday. He received 102 out 200 votes.Okamura demands the ba...

"The decision of the European Union to approve compulsory quotas for immigrants for their redistribution is a fundamental infringement of the sovereignty and independence of the Czech Republic. It is an act comparable with March 1939 [whe...

"Jews, gays and Roma should be gassed," said Jaroslav Staník, the secretary of the ultra-right wing Czech populist party "Freedom and Direct Democracy" (SPD) and a close collaborator of the party leader Tomio Okamura, in parliament. Because ...

Tomio Okamura is a Czech Member of Parliament, whose party Dawn of Direct Democracy obtained 6,88 per cent of the popular vote in the Czech general election in 2013 and h... 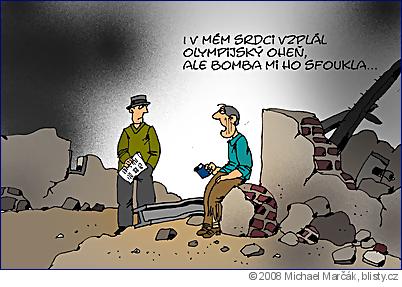