Since moving to Brno in 2014 I have, for better or worse, thrown my support behind FC Zbrojovka Brno. The club today are far different from that of a generation ago – their only title win, in season 1977-78, was witnessed by thousands of supporters from the terraces of Stadion Za Lužánkami, once the largest stadium in Czechoslovakia. Such was the size of the place, the entirety of the top ten of highest Czech football attendances have been there, the largest being a crowd of over 44,000 to watch the team play Slavia Prague in 1996.

Zbrojovka have seen better days. Currently fighting for their lives at the bottom of the first league, attendances rarely break the 5,000-mark and the Lužánky no longer hosts any matches. After moving from the stadium in 2001, the spiritual home of the club fell into a state of complete disrepair, with stands crumbling and the pitch slowly being reclaimed by nature. As a newer supporter, I have no real emotional connection to the old place, but it is clear that for many others, it represents a great deal: the former glories of the club, the prestige of the country’s second city, a footballing identity that runs the risk of being sidelined and marginalised further. The recent successes of Kometa in ice hockey saw widespread celebrations across Brno. Regrettably, it is becoming increasingly difficult to get people enthusiastic about Zbrojovka.

Then, suddenly, there was a glimmer of hope for Za Lužánkami. Petr Švancara, perhaps the closest thing to a cult player that Zbrojovka has had in the last decade or so, declared an interest in playing a testimonial game, at a ground increasingly resembling The Zone from Tarkovsky’s Stalker. Over a series of five months, a task which was at first deemed impossible became reality. Thanks to a group of dedicated volunteers, some favourable press coverage and the support of local businesses (it would be a tough ask to uproot those trees by hand), the project was completed in the allotted timeframe; with the result being a sell-out of some thirty-five thousand tickets.

The legacy of the stadium is still unclear. At present, the pitch is still available for hire by various amateur football teams and other social groups. There are still big plans for even further work to be undertaken, to transform it into a modern all-seater stadium. It is difficult to say what the future may hold, but out of this particular chapter has risen a rather unique example of a longitudinal documentary.

Stadion, directed by Tomáš Hlaváček, is the product of a number of different narrative confluences. The first is the aforementioned testimonial of a former player, and the resulting success of the testimonial match. Another is the relationship between the stadium and the city itself. Yet the most crucial relationship formed is that between the director – for the most part a silent observer – and supporter Marek Fišer, a Brno die-hard and one of the main organising forces behind the radical upheavals which took place. The longitudinal nature of project (revealed through the sparse intertitles which progress the feature month-by-month), and the dynamic between director and subject (either in the sense of off-screen questioning or a more passive observation), make this an important intimate history of one man and his passion. One man and his club. A strange concept for non-football lovers, perhaps, but one which underpins the social and emotional connection that supporters have with their teams,following their fortunes week-in, week-out. It is interesting to note, both in Hlaváček’s pre-screening comments and the style exhibited during Stadion, the influence of Helena Třeštíková, and the tendency to invest in the personal thoughts of a fan over the grander narratives of football finance or city planning. This was a good move, giving the film more of a community-based observation rather than being kept strictly to sport.

Nevertheless, the overriding question which dominates Stadion is to whom it is meant to serve. The welcome addition of subtitles to the screening makes it clear that the team behind the documentary wants to generate some international attention and enter festivals. Yet this is hindered somewhat by the information available to the casual viewer, who may know little of Zbrojovka, the city of Brno and the symbolism which is attached to the Lužánky. Although not the documentary’s main focus, viewers may wonder who Petr Švancara is, or know little of the recent fortunes of the team. If Stadion, on the other hand, is aimed towards existing Zbrojovka supporters alone, then it certainly succeeds in catering to this demographic. As it is likely that this documentary will be entered into some film festivals however, it would be useful if some other details were included in the final edit. The use of archival footage of the title-winning team, employed at the beginning of the film, would be a useful vehicle to carry some extra information here.

Despite this criticism, Stadion is a very watchable and honest documentary. There are no attempts made to cover up the more unsavoury elements of Zbrojovka Brno – for example the right-wing hooligan element of its support – or the fair-weather nature of the city’s sport fans. Nobody is designed to be pictured as some sort of hero, although it is clear that Marek and his volunteers are involved in a community project designed with the wider population in mind; and that similar grassroots initiatives should be encouraged. This certainly cannot be directly compared to Třeštíková documentaries which are shot over several years, in a format which is noticeably difficult to maintain a set ideology, but Stadion was never intended to make a larger political point based on the current club’s misfortunes. Rather, the prioritisation of the protagonist’s own observations and comments serve to chronicle a rather historic activity in an age where there have been few things for Zbrojovka fans to cheer about. It is also competently shot, with a number of highly stylistic sequences to be enjoyed in-between interview segments.

By no means a perfect documentary (and is still in its pre-preview stage), Stadion has achieved a convincing chronological record of the unlikely stadium development. With a couple of additional edits and touches, particularly relating to which audience it is designed for, there is the potential for Stadion, and the example set by the volunteers, to resonate in the wider sporting and supporter’s community, in addition to documentary audiences who appreciate long-term observation and the personal stories behind them. Perhaps if the new Lužánky gets built, this could become part of a longer history of the stadium, offering a unique insight into developments off-the-field – which for once, is more positive than what is happening on it.

Interested parties can find out more about the documentary, and help contribute to production expenses, at www.thestadiummovie.com. David Szmidt’s article about Lužánky, which offers a more in-depth discussion of the rebuilding, can be found here: http://www.football365.com/news/brno-czech-football-stadium-rebuilt 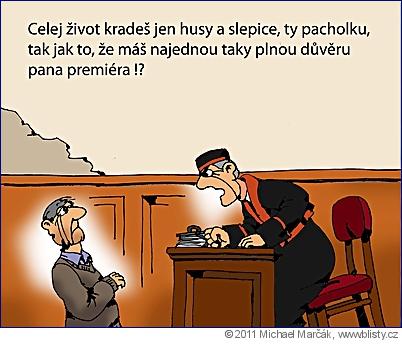