The Education Committee of the Czech Parliament has adopted a censuring motion proposed by its Chairperson, the extreme right wing politician Václav Klaus Junior from the Civic Democratic Party (ODS). The motion strongly criticises public service Czech Television for broadcasting, in its news programme for children, a news item informing the young viewers that the United States have cut its payments for the Palestinians - thus there are now no funds to pay teachers and to purchase textbooks for Palestinian schools. "This news item was fully in conflict with the Czech foreign policy [which is strongly pro-American and pro-Israeli]," complained Václav Klaus Junior.


This is a second time recently when the public service media in the Czech Republic has been officially criticised.
The regulatory Council for Radio and TV Broadcasting, which is controlled by Czech Parliament, has strongly censured Petr Fischer, the highly respected editor-in-chief of Radio Vltava, a highbrow outlet of the publicly funded Czech Radio, for broadcasting a 35-second excerpt from The Line of Beauty, A Man Booker prize-winning novel by British author Alan Hollinghurst, which was condemned as "pornographic". Liberal critics fear that the editor-in-chief of Radio Vltava will now be forced out, in a move  reminiscent of the ongoing media clampdown in Hungary. Member of the  Council for Radio and TV Broadcasting Tomáš Kňourek dismissed Hollinghurst as “a homosexual activist dressed as a writer” whose “obscenities indicate the level of social life in Great Britain, a country that is voluntarily flooded with the most repulsive form of Islam”. 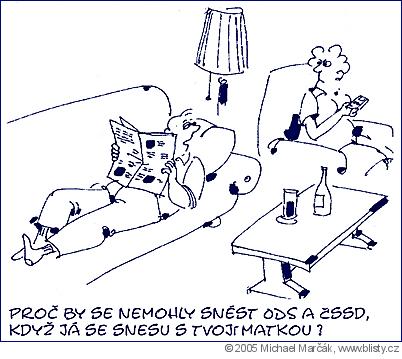