A 14-year-old Roma girl with excellent academic results cut her wrists in a school toilet, trying to commit suicide due to racist bullying by her fellow-students, who systematically mocked her for being a Roma. The girl was forced to leave the school.

Meanwhile, on Sunday 28th October, on the occasion of the centenary of the foundation of the Czechoslovak Republic on 28th October 1918, Czech President Miloš Zeman decorated Ivanka Kohoutová, the headmistress of the secondary nursing school in Prague 10, who had expelled a Somali student for submitting a complaint that the school was preventing her from wearing a hijab. Zeman gave Ms Kohoutová a medal for her "struggle with an intolerant ideology and for acting in the interest of the Czech state".

Zeman's press spokesperson Jiří Ovčáček explained the rationale behind the award: "An intolerant ideology is being disseminated by those individuals who are trying to destroy human beings in the interest of their 'truth'. For several years now, the headmistress has been the target of a brutal campaign orchestrated by the Czech Republic's Obmudsman, by a number of NGOs and by some media."
Anna Šabatová, the Czech Ombudsman, pointed out at the time that Czech law does not give the headmistress the right to ban the wearing of hijab on school premises. A low level Czech court has dismissed the complaint of the student, saying that the ban on wearing the hijab is not religious discrimination. Islamophobic activists organised demonstrations against the girl on the court's premises.

Source in Czech HERE
Czech Republic is the most intolerant country in East Central Europe with regard to its attitudes to muslims. Only 12 per cent Czechs would agree to accept a muslim in  their family, according to Pew Research: 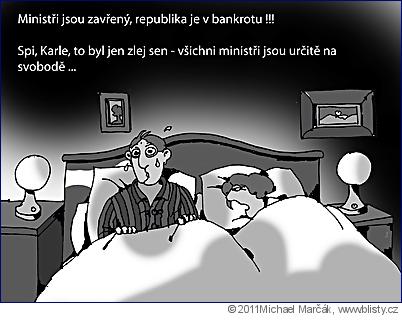