In an Orbanesque move, Head of Czech public Radio has sacked the editor of its cultural station

René Zavoral, the Chief Executive of Czech public service Radio, has not extended the employment contract for Petr Fischer, the editor-in-chief of Radio Prague's Vltava station, devoted to cultural matters. Mr Fischer will leave the station as of 1st January 2019.

As the British Observer newspaper reported,  one of the reasons for forcing out Petr Fischer was the "scandal" of broadcasting an excerpt from a Man Booker prize-winning novel exploring gay relationships in Thatcher-era Britain, Alan Hollinghurst's The Line of Beauty. The 35-second excerpt from the book aroused little interest when it was broadcast first last June as part of a two-hour programme devoted to water as a literary scene. However, when the programme was repeated on 7th July, a listener complained that the excerpt was of a sexual nature and thus inappropriate for children.

This single complaint server as a start of a "culture war" against the Vltava station by the regulatory broadcasting council, which is highly politicised and is now staffed by various alt-right politicians. As Robert Tait writes in the Observer, one member of the regulatory council,

"Tomáš Kňourek, launched a fierce attack on Fischer and dismissed Hollinghurst as 'a homosexual activist dressed as a writer' whose 'obscenities indicate the level of social life in Great Britain, a country that is voluntarily flooded with the most repulsive form of Islam'."


"In response to this criticism, Czech Radio's Chief Executive René Zavoral convened an emergency management meeting which said that the programme broke Czech broadcasting law prohibiting offensive content between 6am and 10pm. His statement contradicted Czech Radio’s own legal advice, which stated baldly that the law had not been broken and that the station had not broadcast pornography."

Zavoral has now got rid of Petr Fischer on the pretext that Radio Vltava is "stagnating" under his editorial control, that Petr Fischer "does not fulfil his duties" and also for "lack of trust".

According to Fischer, Mr. Zavoral is also seriously upset that Czech Radio staff have signed a petition in Mr. Fischer's support and that the case has been discussed in the media.

Fischer has only been in charge editorially of Radio Vltava since last December. Zavoral is accusing him that his reforms have not increased viewing figures, although according to the experts from the European Broadcasting Union, at least three years are needed for changes in a radio station to bed down and to have an effect on viewing figures.

Petr Fischer worked for the Czech service of the BBC before it was closed down in the 2000s. He has worked for the newspapers Lidové noviny and Hospodářské noviny and for three years was the culture editor at Czech public service TV. He is highly regarded by the Prague cultural scene and has received several prizes for his work.

The spokesperson of an activist group Za otevřenou Vltavu (For an open Vltava station), translator and journalist Josef Rauvolf has published an open letter addressed to the Czech Radio ombudsman, saying that he has to date written three letters to Mr. Zavoral, but has not received an answer.

According to Rauvolf Petr Fischer has turned Vltava into a radio station which forced people to think.


As Britské listy commentator Bohumil Kartous points out,  the decision to get rid of Petr Fischer "is a manifestation of cowardice shows alarmingly, how close the management of Czech public service Radio is in fact to the ideology of the fake news website Parlamentní listy". 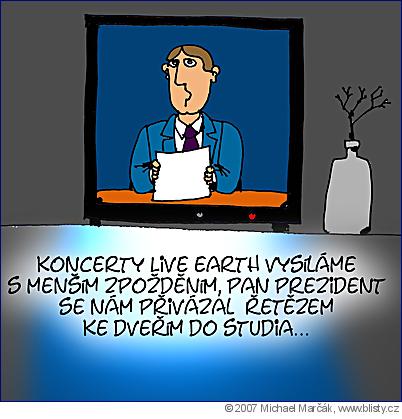