If your neighbor wants to set the house on fire, it is your problem as well

Brazil cannot destroy the Amazon just because it is in its territory
Brazilian President Jair Bolsonaro continues to be defiant. The pressure coming from Emmanuel Macron, whose fight with Bolsonaro is now on a personal level, after the Brazilian "caudillo" offended the French First Lady (he shared a Facebook photo comparing his wife Michelle, who is 20 years younger, with Macron's, who is much older), has not subdued the South American extreme right-wing leader.

This Monday, Bolsonaro reinforced his denials that there is anything abnormal in the fires happening in the Amazon and to offer a few more insults against Europe, while celebrating his support from Donald Trump, Benjamin Netanyahu and Boris Johnson. The Brazilian president also said that the condition to accept Europe's offer of help is for Macron to officially apologize for having called Bolsonaro a liar.

In the meantime, the Brazilian Education Minister posted a tweet saying Macron "calhorda" (hrbolatý), the Minister for the Environment called the French president "Micron" and the Minister of Foreign Affairs added the European leader is disgusting and ridiculous. Nothing surprising, considering Bolsonaro filled most of his staff with Christian evangelicals without any experience or expertise in the positions they hold. The Minister of Foreign Affairs called Trump "the Chosen One", in the biblical sense, the Minister of Human Rights believes Jesus in person talked to her under a tree, just to mention a couple from dozens of absurdities that Brazil has been experiencing since Bolsonaro took power.
Thus, in dealing with this bunch it is not possible to expect logics and rationality to be a vector. They are religious bigots, with low education levels, led by a President whose connections with murderous militias in Rio de Janeiro has become more than evident (http://www.brasilwire.com/bolsonaro-militias-and-marielle-franco-what-we-know/).
Do not get fooled by the announced envoy of 40 thousand soldiers and a few airplanes to fight the fires. This is just a smokescreen because they are by far not enough to make a difference. The action needed is not to simply try to put down the current fires, which is almost impossible, but to bring back to law the punishments for those who set new fires. What Bolsonaro has actually done to be responsible for the current crisis is the slashing the of budget of the governmental department in charge of checking and fining those who explore the Amazon. Without laws that punish and inspectors who can fine those committing the crimes, there is no way to fight the action of agriculturers, gold-diggers, loggers and treasure hunters.

Bolsonaro has been changing the whole system of investigation and punishment of political and business corruption, exactly the opposite of what he was elected for. To protect his son, now Senator Flavio Bolsonaro, from prosecution for tunneling hundreds of thousands of dollars from the salaries of people working for his political office, with tax money funds, the Brazilian President closed a Tax Revenue independent department and got the Supreme Court President, Dias Toffoli, to put an end to all investigations against his son. He also decided to bestow the Brazilian Embassy in the United States to his son Eduardo, who barely speaks English and whose diplomatic skills were well illustrated last week, when he tweeted that Emmanuel Macron is an "idiot" and who wasn't able to pinpoint France or Germany in a map.
Bolsonaro is being officially and openly advised by Steve Bannon, who was instrumental in electing Donald Trump and has been globetrotting the world to spread among political leaders his neoconservative populist extreme right-wing racist, xenophobic, homophobic and Christian fundamentalist theories. From the pieces of advice being followed by Bolsonaro are the maintaining a state of constant war with the press, the unabashed spread of fake news, which, no matter how widespread evidence proving them to be false, are never denied nor refuted, the communication with the people through constant tweeting, the use of vulgar and offensive language and the promoting of dogmatic Christian values.
So it is to expect that Bolsonaro will never bow to the European Union's wishes towards the saving of the Amazon because his ideological affinity is with Donald Trump, Viktor Orban, Rodrigo Duterte, Matteo Salvini, Boris Johnson, Benjamin Netanyahu, Narendra Modi and the like.
Notwithstanding, the Amazon is like a neighbor's home. Even though it does not belong to you if the neighbor decides to set it on fire, it becomes your problem and you have the right to interfere.
When Bolsonaro, supported by Trump and the rest of the extremists and climate-change deniers who are in power around the world, decides to confront the international pressure to take better care of the lungs of our planet, it becomes a right for the responsible powers to take over and force Brazil to preserve the Amazon.
Let's be honest: the level of education in Brazil is very low, even for the upper classes. We cannot trust the intelligence of the local current political and business elites. The Brazilian electorate is composed of a too-large proportion of people who are not even able to write a full sentence. Bolsonaro himself makes daily crass mistakes in the Portuguese language, often writing unintelligible tweets or saying sentences filled with very basic grammatical mistakes.
We are talking about over one-hundred million people with low education and prone to be enchanted by populist, albeit impossible, promises. The world cannot passively watch a Latin American Nero set the Amazon on fire because of his ideology, which believes that there is no climate change and that the forests should be available for the exploration of their riches, plus that Native Indians have no place in the 21st century.
The only way to make Bolsonaro lose his popularity is to provoke an even bigger economic crisis in Brazil. It is important for the European Union to not go ahead with the recent commercial treaty that would open up the continent to the agriculture and cattle business for the South American "Mercosur" founding member countries (Argentina, Uruguay, Paraguay and Brazil). If the agribusiness, which is the strongest political lobby in Brazil, loses money because of Bolsonaro's predatory policies towards the Amazon, there is a chance of a change of course. Otherwise, Bolsonaro will allow the Amazon to be taken over by unscrupulous explorers of its riches. 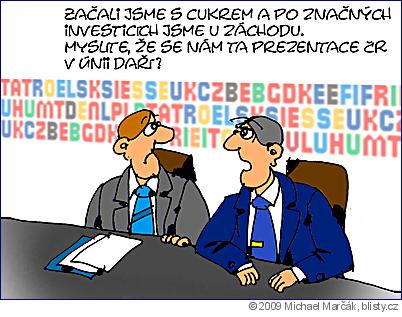