The Russian state TV station Rossia-1 has broadcast a ferocious quarrel between a Czech politican and various Russian personalities. Pavel Novotný, the Lord Mayor of Řeporyje, a village on the outskirts of Prague, and a former tabloid journalist, has decided to build a monument to the fallen soldiers of the Russian Liberation Army, commanded by General Vlasov, who liberated Prague in May 1945, when, at the last minute, they decided to fight against the German Nazi armies. It was the Vlasov soldiers who freed Prague of the German occupiers in May 1945 and when the Red Army finally arrived in Prague from Berlin on 9th May, 1945, the city had already been liberated. The Red Army then attacked the Vlasov soldiers many of whom were beaten to death or shot dead. The remainder of the "Russian Liberation Army" was deported back to the Soviet Union and dealt with.

The video of the altercation, with vulgar insults flying from both sides, can be seen here (in Russian with Czech subtitles). It has fired up emotions both in the Czech Republic and in Poland, where according to information from Czech public service Radio, this video has also provoked a lively debate (especially because Mr. Novotný mentioned Stalin's murders of thousands of Polish officers at Katyn):


It is concerning that the specters from the past can still create  strong ideological conflicts, leading to the strengthening of nationalist moods in the relevant countries. Many Czech media commentators have supported Novotný's stance, others argue that he has only become a stooge for the propaganda of the pro-Putin TV station. Many people in the Czech Republic have been horrified by the behaviour of the Russian TV presenter.

Vlasov's Russian Liberation Army was made up of Russian soldiers who had found themselves prisoners-of-war in Nazi Germany and who had decided to fight against Stalin's communist dictatorship. The Nazi military commanders did not trust these units and only armed them with weapons at the very end of the Second World War. According to Stanislav Auský, whose memoir Vojska generála Vlasova v Čechách (General Vlasov's Army in Bohemia) was published by 68 Publishers, Toronto, in 1980 (many subsequent editions, Prague, Vyšehrad after the fall of communism),  the only military action of this "army" was the liberation of Prague from German Nazis.  However, there is evidence that Vlasov soldiers killed civilians during the Warsaw Uprising.

Pavel Novotný's proposal to erect a memorial to the Vlasov army in Řeporyje must be seen in the context of a  continuing controversy regarding the statue of the Soviet commander Marshal Konev, which was built in Prague 6 - Dejvice by the Czechoslovak communist regime in the 1980s - not shortly after 1945, when it would have been a genuine gesture of thanks, but as a sycophantic gesture to the Soviet Union by the post-1968 invasion Czechoslovak regime. The current local authority in Prague 6 has expressed the wish to remove the Konev statue. This has made pro-Russian activists in the Czech Republic to stage demonstrations in support of the statue.

It would appear that the population of the Czech Republic does not really understand the current political situation in Russia. Both the Czech pro-Russian activists and communists, and, paradoxically also Czech anticommunists still see contemporary Russia as a sort of communist country and do not realise that it has become a right-of-centre regime.

Needless to say, quarrels like these are irrelevant and only serve to mask real problems in the relevant countries which remain undiscussed. Former Voice of America analyst Jolyon Naegele said on Czech TV on Sunday that the real issue which should be discussed is the possible impending incorporation of Belorussia into the Russian Federation.

PS. Much is also being made in the Czech Republic of this "speech" by Vladimir Zhirinovsky:

"By the current standards of Russian television Mr Novotný got off remarkably lightly. Someone should have warned him that the normal practice is to set somebody up to be shouted at and abused (sometimes physically, but he was safe from that) by the presenters and the other guests. So there was nothing unusual about what happened, except perhaps that he managed to get more words in edgeways than is often the case.
I have sympathy with those who don't understand the Russian regime, since it is pretty incomprehensible and doesn't correspond to any familiar patterns. For what it is worth, my view is that what it resembles most is the Muscovy of Ivan the Terrible, which is a pretty depressing thought. And Mr Naegele may be right about Belarus; it is supposed to be one the ideas about how to keep Putin in power after 2024."

The reference to reactions in Poland to the Rossia-1 programme has been adjusted and made more precise since the original publications of this article earlier today. 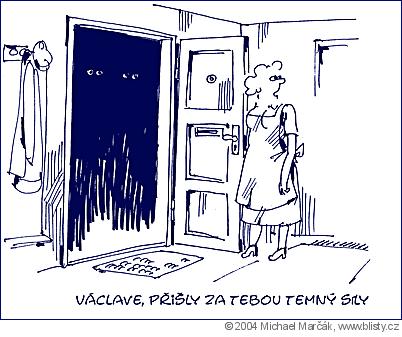