Conversion from the Competitive to Co-operative Societies, Reducing Military Expenditures in order to Finance the Universal Basic Income

The anthropogenic climate change is a proven fact. However, as Prof. Johan Rockström from Stockholm University with his colleagues has shown1, there are around ten physical/chemical characteristics the growth of which is threatening the ecosystem of the planet Earth in a similar way.

These are: loss of biodiversity, climate change, ocean acidification and warming, stratospheric ozone depletion, nitrogen cycle, phosphorus cycle, global freshwater use and change in land use. Unlike in the pre-industrial history, now they are growing not as a section of a sinusoid but of an exponential.

This economical exponential growth is, however, intrinsically linked to capitalism based on credits and debts. Since banks want more money back in order to make a profit, it causes the GDP to grow year by year. It is like a ride on a bicycle: if you stop pedalling you fall down. But such a growth (optimally by 2 per cent per annum) results in that exponential curve. Not only in (virtual) money but in the real economy. In fact, such an infinite and unlimited exponential growth in a finite and limited system (planet Earth) is impossible. If you grow a colony of bacteria on agar-agar, it grows exponentially until they eat up all agar-agar. Then, suddenly, the whole colony dies out. This can be the fate of humankind. Even now, we can see millions of people fleeing away from places destroyed by repeated floods or drought.

We can conclude that there is a problem in measuring “progress” by means of the GDP if we use it as the only or the main indicator. Instead, we should measure national wealth by a complex of indicators of social-economic wealth (ISEW) which includes health, environment, education, labour, mobility and other characteristics. We have come to a bifurcation point: if we continue with our “business-as-usual”,“Money first!” strategy, then fewer and fewer people will gain more and more profits. They will assure their survival and their absolute power over the rest of the decimated society. This way of overcoming capitalism leads to a kind of (a higher level of) feudalism.

What alternatives are there? Industrial Revolution 4.0 could lead to Society 4.0. Digitization and robotization will deprive people of all repetitive jobs. Labour will become free of competition on the labour market and people will gain time for creative, self-educational and caretaking activities (which have not been rewarded by the market until now). This means that people must get some kind of universal income. This could be a way to transform societies from competing to co-operation - that model would be much more efficient, without adversary effects like wars for resources. Those could be redistributed by artificial intelligence more efficiently

Prof. Paul Harnett, an economist from the University of Manchester, calculated the financial requirements for a global universal income. To secure a decent living in the Third World, it takes just USD 10 per person per month. It equals in total 1.2% of the GDP of the developed countries. Where to find such (little) money? We have to introduce a global environmental tax – e.g. to tax greenhouse gas emissions (btw emissions stemming from military activities are exempted from any statistics and are not included in the national pledges for decarbonization; international airborne and marine transport is exempt from taxation completely!).

Moreover, we can see a new global arms race starting. Propaganda in mass media and on social media incites hatred and fears on all sides. The Russians fear the West, the Poles fear the Russians, the Czechs fear Muslim immigrants (none reside in Czechia), it is similar in other parts of the world. We have to raise “defence” expenditure, the NATO member countries have pledged to raise them to least 2% of GDP (US President Trump has asked for 4%). No politicians in Czechia have questioned this, all the Czech political parties including the Communists have agreed to buy 215 new armoured vehicles for 2,5 billion USD and 12 battle helicopters from the USA for 670 million USD – while Czechia has no enemies and every potential enemy would rather choose an electronic way of attack then an invasion.

Germany has started a debate to keep its military expenditures at 1% GDP, otherwise its neighbours would fear the extended German army. To negotiate a global agreement that countries keep their military expenses under 1%, e.g. at 0.8% of GDP, would be deeply meaningful. Like a handshake in olden days (“Look, I have empty hands, I am not holding a stone to kill you!”) this would show everyone’s inability to attack a neighbour. More, 2% - 0.8% equals the 1.2% which needed for the global income. This could cover the basic needs of humankind.

Indeed, 99% of the global money reserves are just virtual, not based on gold, goods or labour. We have seen that the world’s banks solved the last economic crisis by generating more electronic money (they do not even need to print it nowadays). We can imagine a redistribution of such money (the global income) by artificial intelligence to all people directly. Goods and services for basic needs will be produced automatically (by robots and software) and can be distributed automatically as well. Eventually, money will become obsolete and can be deleted. People will be rewarded for their good deeds not with money (nowadays as the main measure of one’s success) but with different means in different sectors. GDP will cease to be the main measure of progress as well.

If we choose this way at the current bifurcation point, we should give our economists (who now rule the world and serve only the richest “elites”) a task to calculate the details HOW to proceed with this transition aiming at the survival and well-being of the whole humankind. 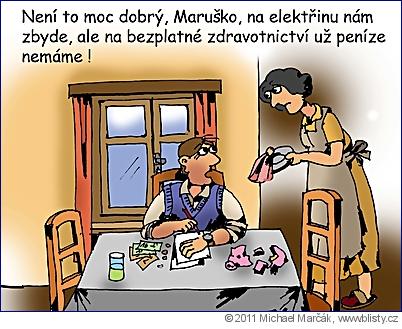